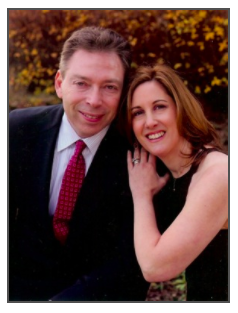 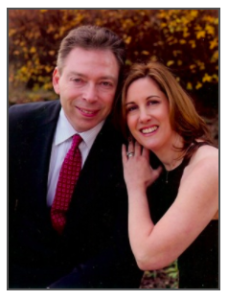 My husband and I recently re-certified in CPR – something we were even more motivated to do after learning what my dear friends Hillary and Bill Greenberg had experienced last year.

It was the Costa Rican holiday from hell.

Swept away by an underwater surge that ripped her regulator from her mouth, Hilary sank 30 feet in frigid waters to a reef where her lifeless body remained for 7 minutes until Bill, her husband, brought her to the surface. Once they hoisted her into the scuba boat, they saw that her eyes were dilated and her lips, blue. A physician, Bill couldn’t detect a pulse or breathing.

It was another 20 minutes before the local Coast Guard arrived – with an oxygen mask that malfunctioned. They told Bill that his efforts were futile and that his wife surely was “gone.” Bill waved them away and continued CPR for another 25 minutes as they made their way toward shore.

There, a waiting EMS team intubated Hilary and transported her to the nearest hospital.

For 10 days Hilary lay in a coma. Upon waking, she suffered near total memory loss and spent a month in rehabilitation. Thirteen months later, she’s functioning near 100%, a remarkable recovery by any standards.

Without Bill’s persistence, she would surely have died or been mentally impaired. Studies show that after 6 to 10 minutes without oxygen, brain damage is probable. Bill believes the frigid waters likely slowed his wife’s metabolism and provided some protection for her brain until he was able to reach her and begin CPR.

Even so, Bill said, “I was terrified that she might survive with irreparable brain damage, but I kept going because she’s my wife and the mother of our three boys.”

Hillary’s neural therapist surmised that she also benefited by her MENSA level intelligence and multi-lingual ability (English, Hebrew and French). Already rich with neural pathways, Hilary’s brain recovered in ways that had even the experts marveling.

Unsurprisingly, Hilary and Bill have become strong advocates for CPR education. They’ve appeared on the Anderson Cooper Show, CBS News and other programs, speaking about their experience.

Studies show that sudden cardiac arrest affects nearly 359,400 people each year, with 9 out of 10 victims dying. The American Heart Association reports that the leading causes of death in children include accidental injuries, choking and drowning.

The sooner CPR is begun, the greater the chances of survival. Other common causes of “sudden death” that may require CPR include

With summertime being prime season for water activities and the risks they present, we at Resilience for Life encourage you to consider taking a CRP/AED course. 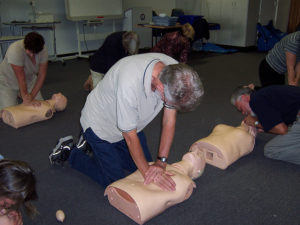 An astonishing 100,000 to 200,000 adults and children could be saved each year if CPR were performed early enough.

The AHA has a handy class locator on their website so you can search for classes by zip code. Training typically last a few hours and may be free if sponsored by local civic organizations and/or fire departments. As a participant, I can vouch for it being both interesting and worthwhile.

Interestingly, not long after Hillary’s accident, new research in the Lancet and Circulation confirmed what Bill seemed to know intuitively: prolonged CPR improves odds of survival.

Kudos to Bill for his bravery and persistence – and gratitude to them both for their desire to spread the word and help other people, even as they continue to heal from this traumatic incident. May they inspire us all to learn a simple technique that saves lives.

Have a healthy and resilient summer!