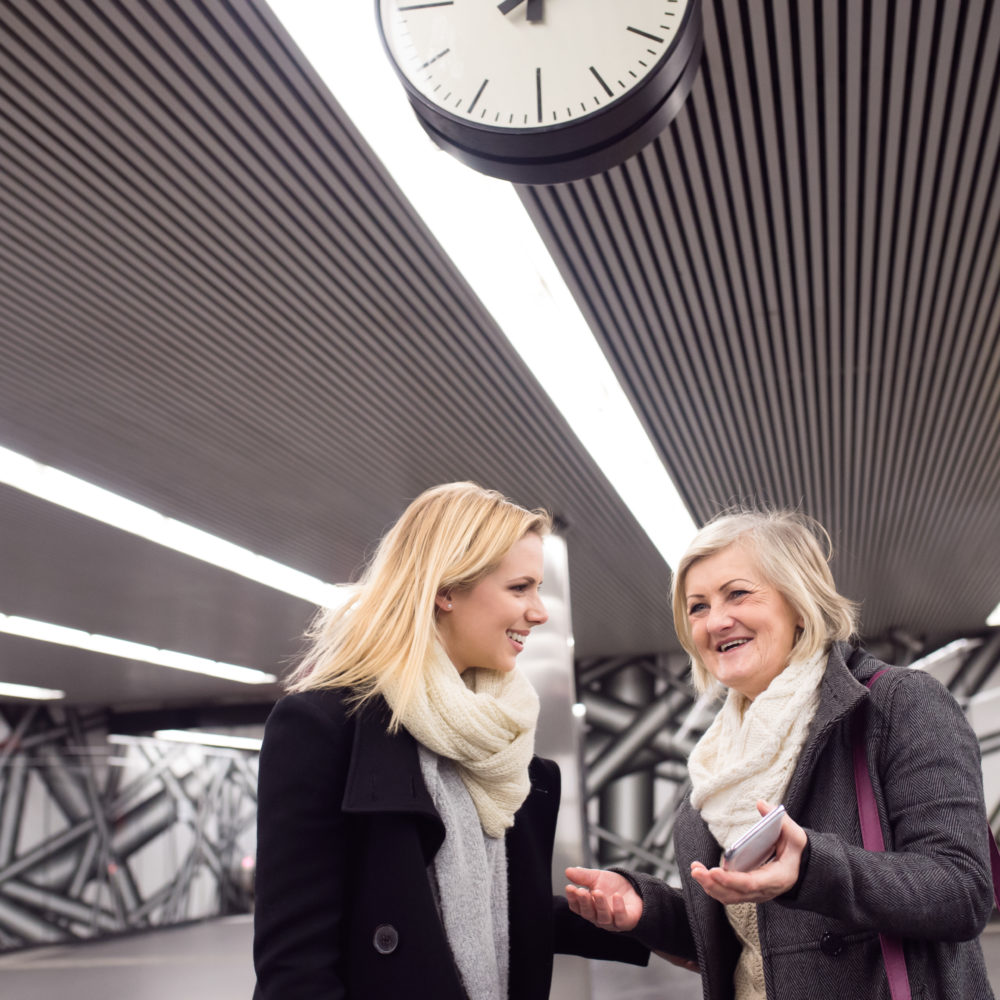 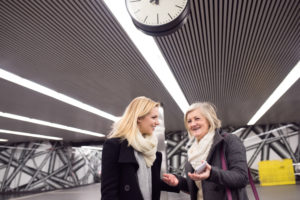 Do you make eye contact with strangers when you’re out in the world? Recently I’ve become more aware of my own tendencies to relate with others in what might be called random acts of social connection. I’ve made some changes that have made a significant impact on me. I’d like to encourage you to try an experiment that may just extend the length of your life.

In his best-selling book, The Blue Zones: Lessons for Living Longer from the People Who’ve Lived the Longest, Dan Buettner examines the five areas of the planet where people live the longest. They are two regions of Sardinia; Okinawa, Japan; the Greek island of Ikaría; the Nicoya Peninsula in Costa Rica; and Loma Linda, California.

Remarkably, people not only live the longest in these locations, they also remain free of the chronic diseases and disabilities so common in Western culture. While diets in each of these regions are similar in that they are mostly plant-based and limited in sugar, processed foods, and alcohol, the similarities go beyond diet.

There is a strong emphasis on community and social interactions.

Lifelong friendships are the norm, and people feel a connection to their communities. Many participate in religious or spiritual activities, and all have a sense of purpose, both individually and as members of their communities.

It turns out that social connection is also a powerful aspect in healing. In fact, group support is one of four key components of the Dr. Dean Ornish Program for Reversing Heart Disease. The other three components are diet, exercise, and stress management.

I had the opportunity to work with the Ornish program for two years as a stress management specialist. One of the highlights of each retreat was the reunion dinner. A number of the original Ornish Reversal program participants spoke with humor and vulnerability about how the program had changed — and likely saved — their lives.

Particularly since many of the heart patients had been given a short prognosis for survival, it was clear that the social support played — and continues to play — a huge role in their lives. Their love and support for each other brought tears to many an eye… and many a laugh too, as a number of them mentioned that they outlived their doctors. They continue to support each other well into their 80s and 90s.

In spite of the proven benefits of social support for health and healing, it doesn’t always come naturally for most of us. I recently read Mind Wise: How We Understand What Others Think, Believe, Feel and Want, by social psychologist Nicholas Epley, and was fascinated to learn of his research on the topic.

Because Nicholas knew the psychological literature illustrating the importance of connection for happiness and well-being, it fascinated him that the people he saw day in and day out on his daily commutes to work seemed to intentionally avoid each other. While it seemed like an obvious place to connect, it wasn’t happening, and Nick wanted to know why.

Much to his surprise, he discovered that in regard to random social connection, our behavior is the total opposite of what would be good for us. The studies verify that we intentionally avoid contact on commuter trains and other places where people congregate, fearing we will intrude or bother others.

Epley broadly defines social connection to include behavior such as making eye contact, smiling at another person, or having a conversation with a stranger.

When people were enlisted into the experiment and given the assignment to try and form a connection with one person during their daily commute, they reported a much higher positive experience than those who were instructed to ride in solitude and read, work, or do whatever they normally did.

The instruction intentionally altered patterns of behavior in people who typically choose not to speak to another person because they feel shy or fear they could be a nuisance to the other person.

Interestingly, when interviewed as to why these folks adopted such isolating behavior, people said they anticipated that they themselves would be happiest in solitude, and less happy making a concerted effort to connect with others.

Here’s where the results are pretty confounding.

The findings were essentially opposite of what everybody presumed. All participants reported a positive experience from the brief encounters. What’s more, people who normally work on commutes who were actively engaged in conversation by another did not report feeling annoyed or less productive.

I was curious to try this out. There are many people in my daily orbit that I know and enjoy, but I wanted to push the envelope a bit. By nature, I’m shy, and I love to read (hence my nose is often in a book). And like the folks in Nick’s study, I do not want to intrude on another’s space or privacy.

My experience is anecdotal, but here is what happened.

I gave myself the task of having three short social interactions a day with strangers for one week. Knowing that his research reported that people who were intentionally more social even at the most minimal levels (in the check-out line, on a plane, bus, train, or in a store) felt happier, I was curious if that would happen for me.

To my surprise, it played out exactly as in Epley’s experiment.

I found myself feeling more outgoing in general — something that comes naturally to me in familiar settings, but not so much with strangers. I struck up conversations on the subway, waiting in line at Whole Foods, and at the gym. Pretty much everywhere I found myself, I dived in. What a joy. What fun.

Now I look at it as a game. I consciously engage people wherever I go. Sure, some people are not into extended communication, but how unexpected it is to experience how many people are actually eager for connection. Truly, a short, authentic connection can open the heart and change the dynamic of your day. It is a very good thing.

I challenge you: for one week, try to connect with people you don’t know three times each day. Learn a little something about them. Be curious. Ask a question. People love to talk about themselves, and we all have wonderful stories to share.

Perhaps we’ll not only elevate our own wellbeing, but also contribute to a more peaceful and connected planet.

In the words of Thich Nhat Hanh, “If in our daily life we can smile, if we can be peaceful and happy, not only we, but everyone will profit from it. This is the most basic kind of peace work.”